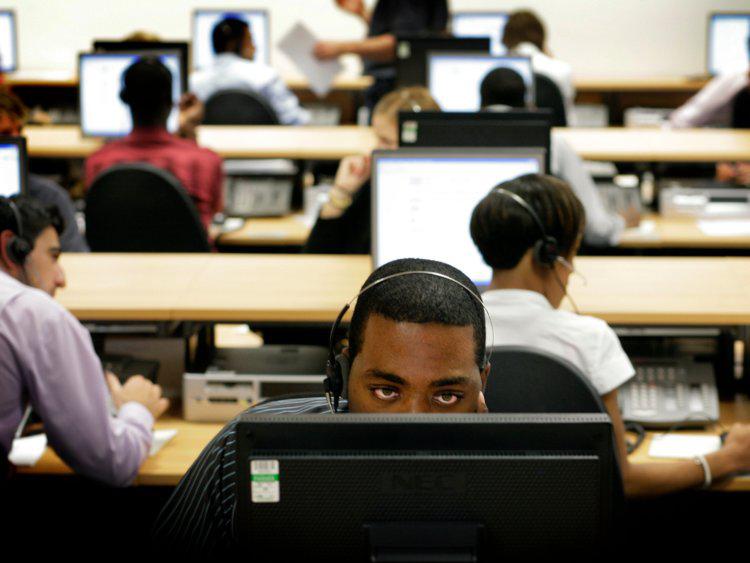 Work today looks very different than it did 10 years ago.
That’s because over the past decade, American work habits have evolved — we’re taking different kinds of jobs, putting in longer hours than ever, and reporting to uniquely designed offices, if we report to an office at all.
The recent changes in American work habits have arguably increased productivity, but often at the expense of happiness. The ubiquity of smartphones and laptops means a worker is never really disconnected from his or her job, even when away from the office. And even at work, we are pushing ourselves harder than ever: four out of five workers usually eat at the office, skipping a genuine lunch break.

We took a look at how American work habits have changed over the past 10 years. Here are some of the most prominent examples.

We work anywhere and everywhere, and we rarely take time off
Business trips are nothing new, but true vacations, on the other hand, are becoming a thing of the past.
Few workers use the entirety of their annual paid leave, which is usually a scant two weeks anyway. And American workers can’t seem to help themselves, answering work emails and taking calls while traveling for pleasure, working at home after dinner, and checking phones first thing in the morning before the coffee is even ready.
We have ‘super’ long commutes.

Whether by train, subway, or car, Americans these days are traveling farther distances and spending longer hours commuting to work than ever before.

While the average American worker’s commute is 26 minutes each way, since 2005, the number of super commuters— people who travel more than an hour and a half each way — has increased by more than 31%. (Interestingly, most super commutes earn about 21% more than workers with shorter commutes.)

Our offices are wide open
When designer Robert Propst introduced the cubicle to the workplace in the 1960s, he changed the American office for generations to come.

Although they were intended to make offices more open in feel and collaborative in nature, cubicles eventually came to be seen as oppressive and even demeaning to the employees tucked into them.

Now, however, many workers would gladly settle back into a cubicle (or better yet, a private office). The open workplace is everywhere in America these days, with employees sharing wide open spaces, often without even having their own dedicated spot at a desk or table. As several surveys have suggested, open offices are actually terrible for productivity and employee satisfaction.

The hours are longer and longer
America is part of a small club of nations that does not have any laws mandating a maximum length of the workweek, and employers take full advantage of that fact.

Today, 77% of Americans work more than 40 hours a week, and one estimate pegged the average American full-time workweek at 47 hours.

That’s a lot more than people from other countries. The average American employee puts in 260 more hours a year than the average British worker, and a staggering 499 hours more than most French citizens, according to statistics from the International Labour Organization. For reference, there are only 120 hours in a five-day work week.

We work from home
Telecommuting is on the rise, with between 20% and 25% of Americans working remotely at least some of the time, and just over 5% of us working from home full time.

According to recent data from the United States Census Bureau,5.2% of Americans now work primarily from home. Compare that to the year 2000, when just 3.3% used the home as the primary workplace.

We make a career out of gigs

Whether it’s driving passengers around town in your car, collecting scooters discarded by riders, or any of the other dozens of jobs that make up the gig economy, millions of Americans are now making careers by weaving together a handful of gigs, or short-term tasks.

Workers enjoy jobs in the gig economy because they have flexible hours and are largely open to anyone, but they also come without much stability in terms of pay, hours, or benefits.

We’re not retiring when we used to
The retirement age of the American worker decreased over much of the 20th century, but then began to rise again in the 1980s.

The average retirement age is 62 today, but it has been increasing quickly in the past few years and is projected to keep on rising. A Gallup poll from last year found that the average non retired American predicts they will retire at age 66.

This is partly because of a shift away from manufacturing jobs that are more physically demanding, as well as changes in social security laws.