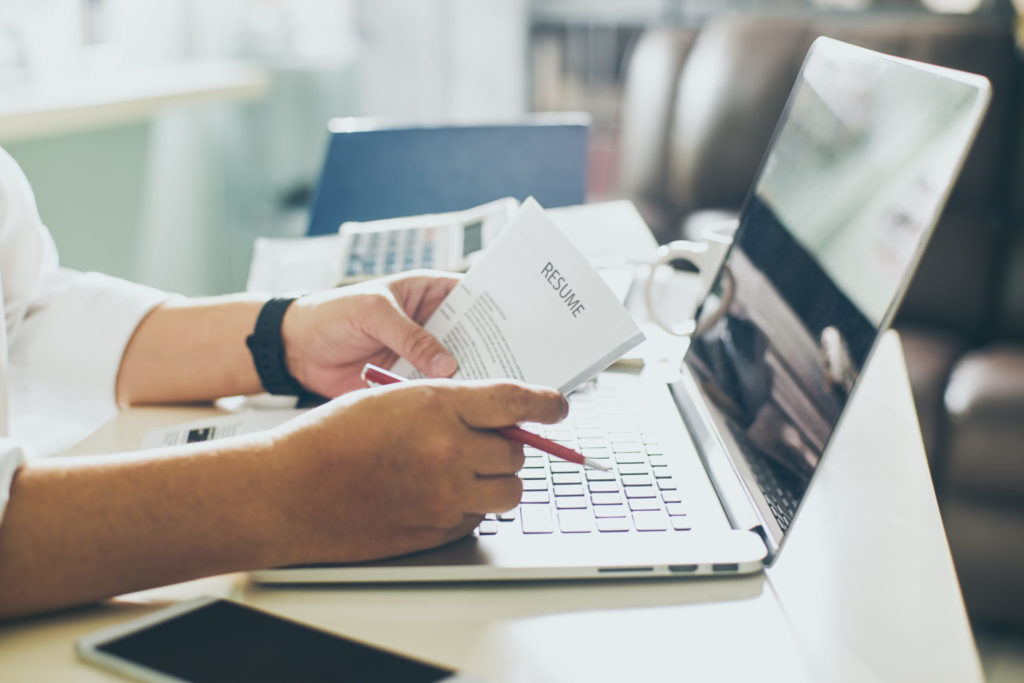 It’s a brand new year, and even if you have zero urge to jump to a new job, it’s still worth updating your résumé: You never know when you might need it on short notice. (For example, if you’re a federal employee furloughed by the recent shutdown, you might have made a quick decision to pursue a new career in the private sector rather than wait for the government to re-open.)

And yes, the tech industry’s unemployment rate remains low—but that doesn’t mean you can walk into any company and expect a job. Indeed, employers are increasingly interested in tech pros with sophisticated sets of skills; those with machine learning and artificial intelligence (A.I.) knowledge, for example, are in higher demand than ever.

With all that in mind, it’s worth readjusting your résumé to highlight your most cutting-edge skills and your best experience. Here’s how to proceed:

Skill Selection
Many tech pros throw every skill they’ve ever learned onto their résumé. That’s not a great idea, even if it isn’t wholly their fault; many job postings list pretty much every kind of technology ever invented as either a “requirement” or a “nice to have,” which makes candidates paranoid that they’re not putting down enough stuff.

Instead, candidates should choose only those most relevant to the position. For example, if the potential employer is looking for an iOS developer, you should detail your knowledge of Objective-C and Swift, as well as the iOS SDK and any other developer platforms vital to the company’s specialization. Leave off anything that isn’t indispensible; the hiring manager won’t care about that random language you learned ten years ago.

And yes, sometimes employers will list weird things under “nice to have” skills; in a bid to cast as wide a net as possible, a job description might list twenty different programming languages and thirty types of “relevant” software. When in doubt, list what you know (and only what you know—your knowledge might be tested) that’s actually important to the job, and trust that your experience and background will help soothe any fears on the employer’s part that they’re not landing someone with the right abilities.

Focus on Wordsmithing
As you work your way through your résumé, follow these tips:

Avoid self-praise and exaggeration: It gains you nothing, and hiring managers can generally see right through it.

Use a conservative font: Helvetica is a good one; so is Garamond, Didot, or Proxima Nova. Heck, if you want to really play it safe, go with Times New Roman, but don’t you dare use Comic Sans. (Also see the section below: “Don’t Get Funky with Formatting.”)

Don’t use overused buzzwords: Describing yourself as a “self-starter” or “passionate” (among other terms) is clichéd.

Focus on results: Instead of “just” listing what you did at each job, list the most notable accomplishments; even better, include numbers that indicate the degree of success (i.e., “My team’s app increased bottom-line revenues by 25 percent.”). That will give the recruiter or HR staffer the best possible idea of your capabilities.

Don’t Get Funky with Formatting
Some tech pros are gripped by the urge to make their résumé “stand out” with funky formatting and images. This is a really bad idea, since many companies use automated software to scan incoming résumés for keywords; weird formatting could screw up those platforms’ ability to recognize what’s in your document.

Sure, you can find all sorts of stories online about job candidates redesigning their résumés to resemble Amazon product pages, Instagram profiles, and even Airbnb pages, but you should regard all those cases as outliers; for the most part, recruiters and hiring managers just want basic information on your skills and experience. (The exception, of course, is designers, who may need to demonstrate a little more visual flair in their applications.)

Yes, You Need Outside Readers
Here’s a good reason to revamp your résumé well in advance: If you do it the night before a job posting expires (which happens more often than tech pros would like to admit—hey, you’re busy, okay?), nobody else will have a chance to scan it for errors. And even the most eagle-eyed writer occasionally messes up. Find two or three people who are willing to give your writing a scan, and provide tips for the next draft—it will only improve your résumé.

Leave your thoughts Click here to cancel the reply